To share your memory on the wall of Donna Banks, sign in using one of the following options:

Provide comfort for the family of Donna Banks with a meaningful gesture of sympathy.

Donna was born to Essie and Robert Banks in Gulfport, MS. She traveled back and forth to Toledo, OH. She was the oldest born to the union of Robert and Lou Essie, but had an older sister, Darthea, that she loved very much.She grew up in a large and loving family environment. The second mother that would do anything to protect her brothers and sisters.

Donna's life led her through many trials and tests that later led her to ministry.

She gave birth to two sons, Malik and Jami. Her whole life was dedicated to being a mother like what she had, showing them unconditional love. She also raised her nephew, Dro, as if he were her own, and they remained best friends. He has been loyal and caring as if she had given birth to him herself, always smiling and finding a way to help her out.

Donna had compassion and love for people that led her t service in and out of church. She was raised and baptized, as a child, at Greater St. Mary Baptist Church. There, she was on the Usher Board, Nurse, Guild, Outreach Ministry, Assistant Youth Choir, and in several plays. Later, as an adult, she was baptized at New Life C.O.G.I.C. She performed the same services there. She was a former member of St. Stephen C.O.G.I.C. and Abundant Life Ministries. Donna loved Prison Ministry. She accompanied pastors at Stryker and stocked a Prison Ministry Bus for families to visit their loved ones.

Donna loved to write and published her testimony in "I Just Can't Tell it All". She wrote five books of poetry and performed them in many places. She was a member of the New World Writers Series, performing at the University of Toledo, Murphy's, Toledo Art Museum, Bijou, and the Seagate Center.

She started several businesses, including Sweet Records, Child and Adult Care Services, designed t-shirts, and loved to bake and cook.

Donna was a graduate of Business Administration from the "University of Toledo. She was a trustee of the Inner City Youth Movement. She worked for the City of Toledo, Port Lawrence Title Co., Fifth Third Bank, Quick Cash Loans, Burlington Air Freight (California and Ohio), and Fairchild Camera (Georgia). She also lived in California for 12 years.

We encourage you to share your most beloved memories of Donna here, so that the family and other loved ones can always see it. You can upload cherished photographs, or share your favorite stories, and can even comment on those shared by others. 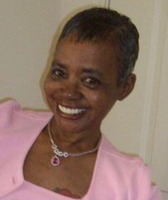