To share your memory on the wall of James Frazier, sign in using one of the following options:

The gesture that can change the world

He later drove semi trucks for Craig Transportation for 15 years until he fell ill.

James was preceded in death by both of his parents and his elder brother, Dennis Frazier.

He is survived by his stepmother, Vera Frazier, Calvin Frazier, Pam Camper, Nathan Camper, and Brian Camper, and a host of other loving family and friends.
Read Less

We encourage you to share your most beloved memories of James here, so that the family and other loved ones can always see it. You can upload cherished photographs, or share your favorite stories, and can even comment on those shared by others. 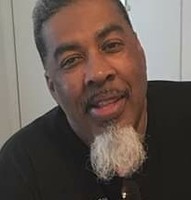