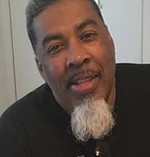 He later drove semi trucks for Craig Transportation for 15 years until he fell ill.

James was preceded in death by both of his parents and his elder brother, Dennis Frazier.

He is survived by his stepmother, Vera Frazier, Calvin Frazier, Pam Camper, Nathan Camper, and Brian Camper, and a host of other loving family and friends.