To share your memory on the wall of Ja\'Vonte Wallace, sign in using one of the following options:

At an early age Stinky enjoyed playing video games, working out doing push ups and playing football! His favorite football team was the New England Patriots and He Was a Lebron James Fan. "Stinky" loves spending time with his family and friends, smiling and asking questions, being the annoying little brother and over protective uncle.

Javonte attended Woodward High School and was a senior this year. He attended an Dieseal class that he enjoyed working and learning about cars, By now "Stinky" was into boxing lifting weights still playing his video games and the girls. Stinky enjoyed holidays and loved to eat.

To send flowers to the family or plant a tree in memory of Ja'Vonte DeAndre "Stinky" Wallace, please visit our Heartfelt Sympathies Store.

Receive notifications about information and event scheduling for Ja'Vonte

We encourage you to share your most beloved memories of Ja'Vonte here, so that the family and other loved ones can always see it. You can upload cherished photographs, or share your favorite stories, and can even comment on those shared by others.

Dena Session and David Elston aka Daydai sent flowers to the family of Ja'Vonte DeAndre "Stinky" Wallace.
Show you care by sending flowers

Posted Sep 09, 2019 at 05:42pm
Mary and Tommy, you guys are in are thoughts "Ja'Vonte Wallace aka Stinky" will remain in our hearts forever.

Dena Session and David Elston aka Daydai purchased the Large Basket Garden for the family of Ja'Vonte Wallace. Send Flowers

Posted Aug 29, 2019 at 08:55pm
Now and in the days ahead of this very difficult time, may Jesus our God of comfort embrace you all with His loving arms as you remember Ja'Vonte's life. He will not be forgotten in the hearts of all who knew and loved him. Earth has no sorrow that Heaven cannot heal. Your family has been and will continue in my daily prayers.
Comment Share
Share via: 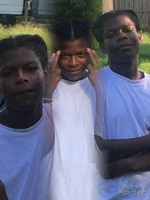 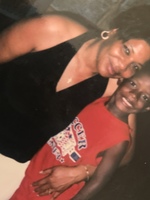