To share your memory on the wall of Jerry Hobbs, sign in using one of the following options:

Jerry was a proud graduate of Jesup W. Scott High School in 1959, where he ran track and field. After graduation he was a volunteer coach. As a young entrepreneur he obtained his CDL in 1967 and over the course of years he developed and ran many businesses. In 2001 Jerry retired from Jeep.

Jerry had a great love for music, TV and radio commercials and found great joy performing as a DJ.

Jerry was an avid reader, metaphysical phenomenon, history, Civil War, and car manufacturing were among his favorites.

To send flowers to the family or plant a tree in memory of Jerry Nathan Hobbs, please visit our Heartfelt Sympathies Store.

Receive notifications about information and event scheduling for Jerry

We encourage you to share your most beloved memories of Jerry here, so that the family and other loved ones can always see it. You can upload cherished photographs, or share your favorite stories, and can even comment on those shared by others.

Diane Powell and Carolyn Williams sent flowers to the family of Jerry Nathan Hobbs.
Show you care by sending flowers

Posted Nov 08, 2019 at 06:20pm
May you be comforted by the outpouring of love surrounding you. Greatful that our paths crossed! Love to all of you

Posted Nov 08, 2019 at 05:47pm
Please accept our most heartfelt sympathies for your loss... Our Thoughts and Prayers are with you and your family during this difficult time.

Flowers were purchased for the family of Jerry Hobbs. Send Flowers

Posted Nov 08, 2019 at 12:53pm
Mary,
Our prayers are with you and family in the loss of Jerry. My late husband George and Jerry shared the same birthday, so they would call each other on that day. I pray that God's comfort and strengthening power will sustain you. God bless you and keep you in His care.
Ramel Burns and Family
Comment Share
Share via:
CS

Posted Nov 07, 2019 at 07:46pm
My thoughts and prayers are with you and your family. Will be thinking of you! He was such a nice man.
Carey Spitler
Comment Share
Share via:
PD

Posted Nov 07, 2019 at 05:46pm
My deepest condolences to you, I am so sure he will be missed. I worked with Jerry at Jeep trucking bodies and I learned so much from him in the 2 years we worked together, I shall never forget him or the life lessons I learned from him. Again my deepest sympathies to you Mrs. Hobbs and your son and granddaughter, my prayers for your Family are on wings to you for your loss.
Comment Share
Share via: 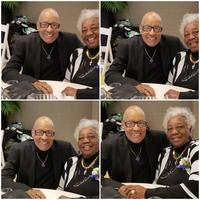 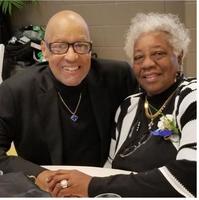