To share your memory on the wall of Lillie Henderson, sign in using one of the following options:

Lillie M. Henderson died Tuesday, October 1, 2019 at St. Luke’s Hospital in Maumee, Ohio. Lillie was born in Anderson, South Carolina on April 14, 1930, the youngest child of the late Eugene Adger and Annie James Adger. Her sibling, Grady Adger, preceded her in death in 1981.

Lillie came to Toledo, Ohio with her family in 1943 and graduated from Edward Drummond Libbey High School in 1946. She continued her education at The University of Toledo (known at that time as Toledo University). Lillie married Ben S. Henderson on April 14, 1951, and they had one daughter, Andrea Henderson. Ben Henderson predeceased Lillie in April, 2012.

Lillie worked as an administrative secretary for Rossford Ordnance, Oscar Woodard Accountancy and Toledo Scale. She retired from Sheller-Globe Corporation as an executive secretary in 1989. After her retirement, she fulfilled a promise made to her late parents in 1950 and re-enrolled in the University of Toledo, completing a BS Degree in 1997. Lillie was a Homework Helper at the Toledo Lucas County Public Library (Main Branch) from 2001 to 2015 which satisfied her need to help children and “give back.”

Lillie was a member of Warren AME Church since 1950. She was a member of the Minute Ladies Club of Warren Church (formed in 1956 by Mrs. Henrietta Pollock, wife of the Reverend M.C. Pollock) since 1957. She also served as secretary and president of the Inspirational Chorus (one of the four church choirs of the 1960s and 1970s). Lillie Henderson and Sylvia Boyd were the first women allowed to serve as Trustees of the Church starting in 1979. As a Trustee, Lillie served as co-chairperson, with Jerome Guilford, of the Building Committee for the new church from 1981 to 1991.

In 2005-2006, Lillie compiled historical information, produced and published a book entitled “Our History: A Spiritual Legacy,” the definitive history of Warren AME Church. This book can be found in reference section of the Toledo Lucas Country Public Library (Main Branch). She also completed an updated version of the book covering the dates from 2004 to 2009.

Lillie is survived by her daughter, Andrea; niece Joanne Henderson Boone (Morris) of Virginia and many dear cousins, friends and beloved church family.

To send flowers to the family or plant a tree in memory of Lillie Mae Henderson, please visit our Heartfelt Sympathies Store.

Receive notifications about information and event scheduling for Lillie

We encourage you to share your most beloved memories of Lillie here, so that the family and other loved ones can always see it. You can upload cherished photographs, or share your favorite stories, and can even comment on those shared by others.

Posted Oct 09, 2019 at 02:27pm
May our Lord bless and comfort you and your family during this time of grief. Please accept my sincere condolences.

Flowers were purchased for the family of Lillie Henderson. Send Flowers 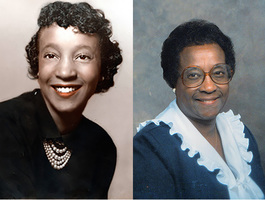 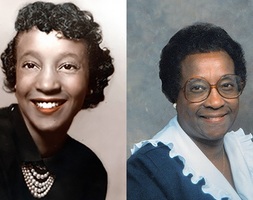