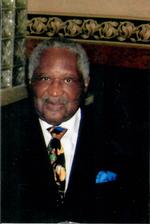 Milton came to Toledo at an early age where he attended public school. Later he moved to Detroit, Michigan where he gained employment with the Ford Motor Company. After he retired from Ford, he returned to Toledo, Ohio to be close to family. Milton was a faithful member of Warren A. M. E. Church and truly enjoyed worshiping, singing gospel songs and participating in several ministries with the prison ministry being his favorite. His favorite past-time was found at 2 local senior citizens centers he joined where he enjoyed playing cards, checkers and beating everyone who would play him in a game of pool. Milton was also a proud dad and was especially proud of his grand and great grandchildren.