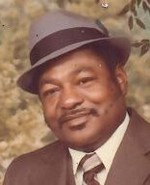 Nathaniel Berdel Taylor, affectionately known as “Dooley”, was born on August 16, 1931, to the union of, Nathan and Veora Taylor, in Gibson, Tennessee. He went home to be with the Lord on October 4, 2019, at Promedica Ebeid Hospice.

Nate confessed his life to Christ at an early age. He was baptized at the age of 12, at St. Mark Baptist Church, in Gibson, Tennessee. He was a long time member of Mt. Pilgrim Baptist Church. He later moved his membership to Southern Missionary Baptist Church, where he remained until his death.

He was employed by the City of Toledo. Nate held various positions with the City over his 34 years of service and retired as a Heavy Equipment Operator. While working for the City, Nate was introduced to his wife of over 50 years, Ora Dee Taylor, by his co-worker and future brother-in-law, Percy Ellis.

He was a loving and loyal husband, father, brother, grandfather, and friend.

Nate was a founding member of The Blue Gill Fishing Club, where he held the position of Treasurer. He was also a proud Mason for over 50 years. Nate enjoyed spending holidays with his family. He loved to barbecue, make homemade ice cream, play bid whist and watch western movies.

Nate was preceded in death by his parents, Nathan and Veora Taylor, daughter, Janie Horn-Smith, and granddaughter, Mickiah "Mickey" Horn.