To share your memory on the wall of Randolph Nelson, sign in using one of the following options:

Randolph's early education was in Cleveland and Warrensville Heights, Ohio. He attended Bowling Green State University and graduated with a bachelor's degree in sociology from Loras College. Randolph previously worked at facilities specializing in the care of developmentally disabled men and was employed with the Toledo Municipal Court. He started his business The Winning Edge in the early 2000s and was a gifted cook known for his creative culinary skills.

To send flowers to the family or plant a tree in memory of Randolph Nelson, please visit our Heartfelt Sympathies Store.

Receive notifications about information and event scheduling for Randolph

We encourage you to share your most beloved memories of Randolph here, so that the family and other loved ones can always see it. You can upload cherished photographs, or share your favorite stories, and can even comment on those shared by others.

Dr. David L. Moody and Family, Ewart & Rebecca Skinner, and other have sent flowers to the family of Randolph Nelson.
Show you care by sending flowers

Keeping you and your family in prayer.

Posted Dec 06, 2019 at 12:08pm
Angela, Sending you our very deepest condolences. You and Randolph continue to be in our hearts and prayers. With love and caring thoughts,

Posted Dec 04, 2019 at 12:14am
To my dear college classmate and sister friend, Angela and her lovely children,
I am so very saddened at the lost of your dear husband and father. I am in constant prayer for you and your children to know that God is able to provide a means of comfort, love and peace even at this hour. May His words found in the scriptures be able to provide everything you need at this time and thereafter. Know that I love you, and I will be keeping you and your family and friends lifted up in prayer for now and always.

Love and Light to You!
Thelia Stevens and Family 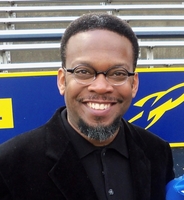 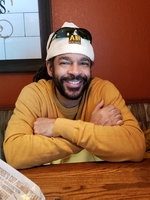