To share your memory on the wall of Ronnie Poindexter, sign in using one of the following options:

To send flowers to the family or plant a tree in memory of Ronnie Lee Poindexter, please visit our Heartfelt Sympathies Store.

Receive notifications about information and event scheduling for Ronnie

We encourage you to share your most beloved memories of Ronnie here, so that the family and other loved ones can always see it. You can upload cherished photographs, or share your favorite stories, and can even comment on those shared by others.

Posted Dec 09, 2019 at 03:13pm
May your heart find comfort knowing that your love one is at home with the Lord
Love Gwendolyn E.March Jones & Family
Comment Share
Share via:
LB

Posted Dec 04, 2019 at 09:06pm
I know for certain that we never lose the people we love, even to death. They continue to participate in every act, thought and decision we make. Their love leaves a special imprint in our memories and hearts.You don't get over it-you get through it.It doesn't "get better"-it just gets different. Remember Ronnie would not want us to be sad and crying...so let's celebrate the fact that he no longer has to suffer. Ronnie will always remain within our hearts.
My sincere thoughts and prayers are with you guys :Charlotte,Tony,Jason and Trisha. Love y'all . 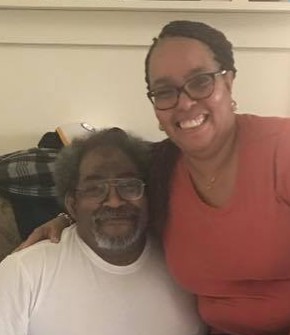 Posted Dec 04, 2019 at 05:29pm
I remember Ronnie from Robinson and Scott. He was athletic, talented and had a great sense of humor. I know he will be dearly missed. My deepest condolences to Charlotte and the family. May the light of his love shine on you always.
Comment Share
Share via:
B 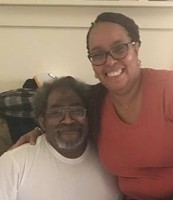