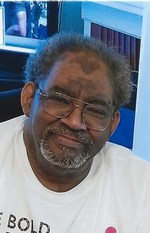 Ronnie L. Poindexter passed away peacefully on November 29, 2019 at Ebeid Hospice Center in Sylvania, Ohio. Born on
September 24, 1946 in Institute, West Virginia to Lucille A. Poindexter Morse. Ronnie moved to Toledo, Ohio in 1959
with his Mom. He was a member of All Saints Episcopal Church, where he sung in the church choir. He graduated from
Jesup W. Scott High School in 1966. Upon graduation he attended Tuskegee Institute in Alabama. Ronnie worked for
the United States Postal Service as a mail carrier for 32 years, retiring in 2001. During his career, Ronnie was awarded
for walking a million miles. He was an avid bowler, bowling in many leagues throughout Toledo. He bowled nine 300
games and had a high series of 824. The highlight of his bowling career is when he bowled a 300 the same day as his
sons. Ronnie was a true Pittsburgh Steelers fan, even when they lost.