To share your memory on the wall of Roy Johnson, sign in using one of the following options:

Roy Allen Johnson accepted Jesus when he was young, but rededicated his life and re-established his relationship with the Lord in the past few years. He was a member of Victory Life Church, where Rev. Eric Sherman is the pastor.

In grade school and junior high school, he played baseball, a sport that he really loved, enjoyed and was very good at. His desire was to be a professional, but destiny had other plans. He attended Woodward High School and a few years later, while in Defiance, he met his wife to be, Felipa Urbina. They met through a friend of his brother, Kevin Michael. He told his friend that he needed her to find a girlfriend for his brother, so she did. His wife said that when she met him, "It was love at first site. I fell straight in love." Later, Roy became a member of Local 500, where he was a Concrete/Cement Finisher for years, until he retired.

If anyone knows our brother, they know that he was born to sing, and he loved doing it! He was a member of the group "Mod Squad" in his earlier years, in which he sang falsetto. He also sang in church when he was younger. He enjoyed singing to his wife on a regular basis. She said that she had made a video of him singing to her two weeks before he had passed, and he still sounded good! God has truly blessed the Johnson/Norrils family with a gift to sing and play instruments. We give God all the praise.

To send flowers to the family or plant a tree in memory of Roy Allen Johnson, please visit our Heartfelt Sympathies Store.

Receive notifications about information and event scheduling for Roy

We encourage you to share your most beloved memories of Roy here, so that the family and other loved ones can always see it. You can upload cherished photographs, or share your favorite stories, and can even comment on those shared by others.

Station A sent flowers to the family of Roy Allen Johnson.
Show you care by sending flowers

Station A purchased the Sweet Tranquility Basket for the family of Roy Johnson. Send Flowers

Posted Aug 27, 2019 at 06:04pm
We're gonna all miss you on stahlwood playa Roy, love you bro... Always had good advice for me , this one hurts sincerely corey
Comment Share
Share via:
HS

Posted Aug 26, 2019 at 05:16pm
we would like to extend our heartfelt condolences to the entire family of Roy, We pray that you will trust God in your time of
bereavement, knowing and believing that God will see you through. our prayers are with you.
Herbert and Sylvia Scurles
Comment Share
Share via: 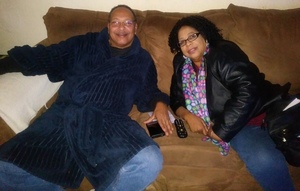 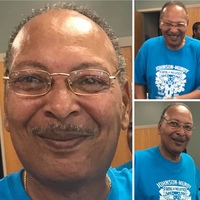 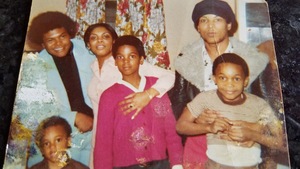