To share your memory on the wall of Ruby Jordan, sign in using one of the following options:

Print
Ruby Lee Jordan, 87, of Toledo, Ohio passed away on Tuesday, August 6, 2019 in the comfort of her home surrounded by family and friends. Ruby Lee was born October 28, 1931 to Ernest Johnson and Willie Williams Johnson.

Ruby Lee worked in... Read More
Ruby Lee Jordan, 87, of Toledo, Ohio passed away on Tuesday, August 6, 2019 in the comfort of her home surrounded by family and friends. Ruby Lee was born October 28, 1931 to Ernest Johnson and Willie Williams Johnson.

Ruby Lee worked in the Cotton field at an early age and also attended Greenwood, Mississippi School District. Ruby Lee later moved to Toledo, Ohio where she started a career as a caregiver at the State Hospital. Later on in Ruby Lee's life, she started a 30 year career at Jeep/Chrysler as a line worker and later on working in the sanitation department where she retired from in May 2002.

Ruby Lee loved to cook and was excellent at it. She enjoyed fishing, just sitting on the fish bank with family and friends. Ruby Lee also loved to travel and go to church whenever she was able to do so. She had two dogs, JoJo and Tony, and two cats, Buffy and Midnight, that she adored and loved and they adored and loved her just as much as she did them.

She will truly be missed by everyone she ever came in contact with. Ruby Lee definitely left a mark on people wherever she went.
Read Less

To send flowers to the family or plant a tree in memory of Ruby Lee Jordan, please visit our Heartfelt Sympathies Store.

Receive notifications about information and event scheduling for Ruby

We encourage you to share your most beloved memories of Ruby here, so that the family and other loved ones can always see it. You can upload cherished photographs, or share your favorite stories, and can even comment on those shared by others.

Posted Aug 15, 2019 at 12:46pm
To Shanae and her family,
Sending sincere condolences and love to you and your family. Keep loving memories alive in your hearts, be comforted knowing that there is going to be a resurrection as stated at Acts 24:15 and John 5:28,29.
Ms. Lightner
Comment Share
Share via:
KD 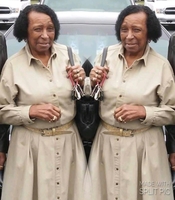 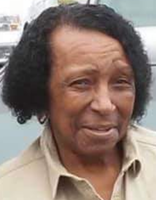