To share your memory on the wall of Sallie Lewis, sign in using one of the following options:

Provide comfort for the family of Sallie Lewis with a meaningful gesture of sympathy.

In June of 1958 she & her sister Henrietta left Alabama for Kentucky. One month later they had their cousin Lovell drive them to Toledo, OH to stay with their aunt Ethel. The way she told the story is it was all her idea. While here she met a man named Paul Lewis. They married & then had four children Paul Lewis Jr., Benjamin Lewis, Joseph "Joe" Lewis & Joanne (Manuel).

We encourage you to share your most beloved memories of Sallie here, so that the family and other loved ones can always see it. You can upload cherished photographs, or share your favorite stories, and can even comment on those shared by others. 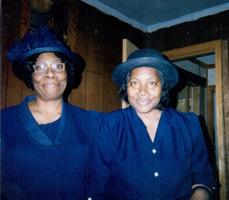