To share your memory on the wall of Shirley Smith, sign in using one of the following options:

Print
Shirley Mae Smith, 79, departed this life, December 4, 2019 at Advanced Specialty Hospital after a brief illness. Mom was known for her quick wit, her infectious smile, and her kind and compassionate spirit.

Shirley M. Smith was born on ... Read More
Shirley Mae Smith, 79, departed this life, December 4, 2019 at Advanced Specialty Hospital after a brief illness. Mom was known for her quick wit, her infectious smile, and her kind and compassionate spirit.

Shirley attended and graduated from Libbey High School where she participated in Track and Field and was known for her fast sprints. Following graduation, Shirley earned her nursing license at Toledo School of Nursing in 1958, was employed by The Toledo Hospital, and retired after 39 years and enjoyed a fulfilling and successful career. In 1958, she married the love of her life; Larry Smith and to that union, were born their three children, Markeeta Lynn (Marty), Lawrence Evan (Sneezy), Lori Lynn (Loopie),

In 1970, Shirley began bowling, which became her lifelong passion. Shirley combined her love for bowling, people, and travel, in 1978, she joined the Dunbar Elks League in 1978 as a member becoming the President of the league in 1990 and served until her passing.. Always the organizer, Shirley formed the Wednesday Night Ladies League at Interstate Lanes, the Monday Night All Stars at Imperial Lanes, and finally resuming Friday Night Bowl at Southwyck Lanes. Shirley had a flair for hospitality and loved creating meaningful memories and was well known for her Annual “Go Western”; a well-attended, western-themed, dance party held each January, which was a favorite of many bowlers, friends, and family. An integral part of the fabric of the bowling culture of Toledo, surrounding inter-cities, and throughout Ohio, Shirley’s bright light and positive energy will be sorely missed.

Shirley was a faithful and long-time member of Indiana Avenue Baptist Church for many years, where she served on the nurse’s guild.

To send flowers to the family or plant a tree in memory of Shirley M. Smith, please visit our Heartfelt Sympathies Store.

Receive notifications about information and event scheduling for Shirley

We encourage you to share your most beloved memories of Shirley here, so that the family and other loved ones can always see it. You can upload cherished photographs, or share your favorite stories, and can even comment on those shared by others.

Dena, Toni & Neil Heller (Richard's parents), and other have sent flowers to the family of Shirley M. Smith.
Show you care by sending flowers

Posted Dec 14, 2019 at 10:47am
My deepest sympathy and love for you and your family many blessings to your family.

Dena purchased flowers and planted a memorial tree for the family of Shirley Smith. Send Flowers

Posted Dec 13, 2019 at 11:17am
Our Sweet Diva Grammie! You will be missed dearly. Visits to Toledo won't be the same. Bay-Bay, Tiarra, and the entire Smith Family, you are in our prayers. We love you.
Comment Share
Share via:
TP

Posted Dec 13, 2019 at 10:04am
Deepest condolences. You are in our prayers . Grammie is loved and will be missed dearly. 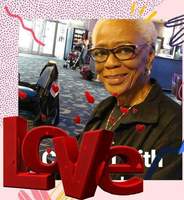 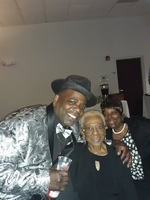 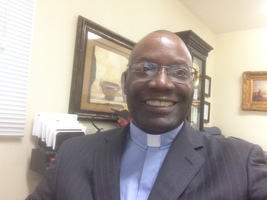