To share your memory on the wall of Terrance Burgess, sign in using one of the following options:

Terry graduated from DeVilbiss High School, where he had many fond memories.One of those fond memories included being a part of a singing group with his cousins called The Dynamic III. This group formed when they were in grade school. They entered and won many talent shows! Terry loved singing. His favorite artists were Michael Jackson and Whitney Houston.

Terry moved to South Carolina in 1987. He met and married his wife Phylene Burgess. He had four children; twins, Whitney and Terrance, Brianna and Keyna. Anyone who knew Terry, knew that he talked about his kids all the time and he loved them immensely. The love that he had for them was immeasurable.

One of Terry's proudest moments in his life was becoming the owner of a Dry Cleaners when he lived in South Carolina. Terry also enjoyed fishing. He would spend hours on the fishing bank. He also loved his family and reminded them every chance he got. Getting together with family to sing, dance, play cards, and have adult beverages was always a great time. Terry loved the Pittsburgh Steelers and he made it known to any Browns fans. Terry was also known as a mama's boy, and he wore that title with pride! Terry didn't make a move, a step or decision without his mama's consent, thoughts or just for her knowledge. He called her everyday, several times a day. Those phone calls and conversations are missed already. Terry was also very generous and giving; when he had it, you had it.

If Terry could say one last thing to all of us it would be: "I Love You, Glad Ya Mine".
Read Less

To send flowers to the family or plant a tree in memory of Terrance Darnell Burgess, please visit our Heartfelt Sympathies Store.

Receive notifications about information and event scheduling for Terrance

We encourage you to share your most beloved memories of Terrance here, so that the family and other loved ones can always see it. You can upload cherished photographs, or share your favorite stories, and can even comment on those shared by others.

Sending my deepest condolences for the loss of your loved one. Prayers for your strength in days in front of you-God knows best.

Death - the last sleep? No, it is the final awakening.

Posted Sep 13, 2019 at 09:34am
There's so many fond memories of Terry from DeVilbiss High School. Laughing and singing sums it up. Sending Love and Prayers to by bestie and the family. RIP Terry!
Comment Share
Share via:
DG

Posted Sep 12, 2019 at 12:59pm
Rest in Peace Terry! My deepest sympathies to his family!
Love your cousin from South Carolina....Latresa Dicks
Comment Share
Share via:
MS

Posted Sep 12, 2019 at 12:46pm
Im saddened to hear of Terrance passing...Sincere condolences to the family....Im not sure when i met him...but whenever i saw him I'd talk to him...just took a liking to him and a genuine concern for him...I knew him as a gentle soul...I will miss seeing him around the neighborhood...."RIP TERRANCE"...
Comment Share
Share via: 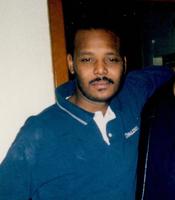