To share your memory on the wall of Virgie Henry, sign in using one of the following options:

The mother of four generations, Mrs. Virgie Lee Gordon Henry was born on March 2, 1931 in Sandy Hook, Tennessee to the late Mr. Eugene Gordon and Mrs. Lorene Knight Gordon; she was the third of fourteen children.
Virgie moved to Nashville, Tennessee in her younger years to live with extended family. While there, she met Hobert N. Henry and the two were united in marriage on March 5, 1949. To this union, they were blessed with five (5) children; Sherlie, Lawrence, Thelma, Deborah and Gordon. The family moved to Toledo, Ohio in 1955, due to a job opportunity that would create a better life for their children. In 1958, Virgie joined Friendship Baptist Church under the leadership of Pastor G. J. Johnson, where she served in the Music Ministry and within the Mother’s Ministry.
Lee (as she was known) enjoyed crocheting, cooking, pottery and visiting with family and friends. Her favorite pastime was cooking and preparing a meal for anyone who came to her home. She was a phenomenal cook that could make anything without a cookbook or recipe and wouldn’t want any guest to leave hungry or without a plate. Full of life and exuberant with love, Lee was resourceful and found much joy in serving others. Lee retired from Darlington House as a nurse’s aide, with more than thirty (30) years of service. Lee was a devoted wife, loving mother and servant leader who truly loved her family. She always had a warm and engaging spirit that touch the lives of many.
On Wednesday, August 14, 2019, after a lengthy illness, Mother Henry went home to be with the Lord. She was preceded in death by both parents, Eugene and Lorene Gordon; her husband of 61 years, Hobert Henry; daughters Sherlie Wood, and Diane Henry; son Lawrence Henry; brothers: Eugene Gordon Jr, Fred Gordon, John Edward Gordon; Sisters: Dovie Orr, Willa-Dean Napier and Burma Collins; Grandchildren, Sherry Lynn, Nathanial Henry, Adrian Henry.
She leaves to cherish her memory, children; Thelma (Duane) Tisdale, Deborah (Gerald) Barnes, Gordon (Andrea) Henry; brothers, Henry Lee Gordon, Herbert Gordon, James P. Gordon, Walter T. Gordon; sisters, Yvonne Crouch, Stella Williams and Lynn Marie Gilbreath. 17 grandchildren, 22 great grandchildren, 1 great-great grandchild and a host of other family and friends.
We, the family, extend our sincere appreciation to the staff of the Toledo Hospice of Northwest Ohio and Social Worker Dee Mabrey for the attention and gentile care extended to our loved one during her stay with them.
Read Less

To send flowers to the family or plant a tree in memory of Virgie Lee Henry, please visit our Heartfelt Sympathies Store.

Receive notifications about information and event scheduling for Virgie

We encourage you to share your most beloved memories of Virgie here, so that the family and other loved ones can always see it. You can upload cherished photographs, or share your favorite stories, and can even comment on those shared by others.

The McNeill Family and Buford and Tanya sent flowers to the family of Virgie Lee Henry.
Show you care by sending flowers

The McNeill Family purchased flowers for the family of Virgie Henry. Send Flowers

Posted Aug 23, 2019 at 08:07am
May your heart find comfort knowing that your love one is at home with the Lord.
Love Gwendolyn E.March Jones & Family
Comment Share
Share via:
BT

Buford and Tanya purchased flowers for the family of Virgie Henry. Send Flowers

Posted Aug 16, 2019 at 07:07pm
From the first time I was introduced to her she gave me one of those hugs that only a nanna could give. I knew then that she was special. When I stopped by to visit she felt that she just had to cook something for me. That was the best fried fish I'd had in years. I think because it was made from love. She was wise and really funny too. I will never forget how she made me feel and the Godly kindness she showed me. Rest well good and faithful servant.
Love
Rosalind Welch
Comment Share
Share via: 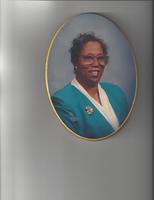