To share your memory on the wall of Bennie Simmons, sign in using one of the following options:

On October 26, 1956, he united in marriage with Shirley A Williams. They were married for 63 years and during this union they were blessed with two children; Tony Simmons and Jennifer Simmons, 5 grandchildren and a great grandson. Both enjoyed traveling the High Seas on luxurious ships and going to many foreign countries.

He was an amazing husband, father, grandfather, great grandfather and brother. He enjoyed fishing, barbequing and hanging out with the horsemen. He also enjoyed traveling with his very dear friend Jimmy Hunter and wife Val. His joyous times were when he was riding bikes with his daughter and when his son received his cosmetology license. He loved spending time with his family especially his grandkids and great grandson. He was known as a fun-loving person with a warm, outgoing personality. To know him was to love him. He was a great father and proud grandfather and great grandfather who gave tender hugs, kisses and unconditional love. What will be greatly missed is his supportive wisdom, shared memories, and witty humor.

He leaves to cherish his memories, wife of 63 years Shirley Simmons; son Tony Simmons and daughter Jennifer Simmons. His grandchildren; Jontei, Jeral, Paris, Nay and Jayden, and great grandson; Landon. His brothers; Mike (Virginia) and Cleo; his sister; Patricia and sister in laws; Claudette, Ophelia, Betty Jean and Charlotte. He will be missed by a host of nieces, nephews, cousins and friends. He was preceded in death by his parents; Mr. and Mrs. Ben Simmons then placed in the arms of Mr. and Mrs. Archie Nunn and Mr. and Mrs. Troy Minor. His brothers; Willie B, Walter, Bill and Troy Jr, sisters; Ellsie, Laverne and Adele.
Read Less

To send flowers to the family or plant a tree in memory of Bennie J Simmons, please visit our Heartfelt Sympathies Store.

Receive notifications about information and event scheduling for Bennie

We encourage you to share your most beloved memories of Bennie here, so that the family and other loved ones can always see it. You can upload cherished photographs, or share your favorite stories, and can even comment on those shared by others.

Flowers were purchased for the family of Bennie Simmons. Send Flowers

Posted Aug 21, 2019 at 09:16am
My Sincere Condolences and Deepest Sympathy to my Aunt Ann and my cousin's in the passing of our Beloved Uncle Bennie💐 My thoughts and prayers are with you all may God bless and be with all of us in the time of our bereavement 💐 Uncle Bennie was an amazing, loving, kind, wonderful man with a heart of gold I'm going to truly miss him and his smile 😊Rest In Peace 💐 Uncle 💐love you your niece Sheila Howell
Comment Share
Share via:
AG 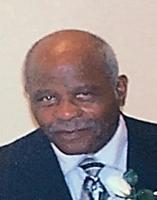