To share your memory on the wall of Clifford Murphy, sign in using one of the following options:

Print
Clifford T. Murphy, a nationally renowned bassist and mentor to younger and older musicians alike, passed away on November 27, 2019 after a rapid decline in health following a traffic incident on October 3, 2019.

Clifford was born Februa... Read More
Clifford T. Murphy, a nationally renowned bassist and mentor to younger and older musicians alike, passed away on November 27, 2019 after a rapid decline in health following a traffic incident on October 3, 2019.

Clifford was born February 5, 1932. He attended Robinson Jr. High School and Scott High School, then joined the Army at the age of 17. As an infantryman in the Army, Clifford earned 2 Purple Hearts and 3 Bronze stars while serving in the Korean War. Following his time in the service, Clifford bought his first bass and began pursuing his interest in music. Eventually he went on to start a jazz group, “The Murphy’s”, and soon was playing with jazz piano masters such as Johnny O’Neal, Larry Fuller and Claude Black. Clifford and Claude Black performed together from the 1940’s until Claude passed away in 2013.

Clifford (along with long time partner Joan Russell) opened jazz club Murphy’s Place in downtown Toledo Ohio. Murphy’s Place went on to become the premier jazz destination for the area, attracting jazz fans and artists from across the nation.
Clifford, known as “the Gentle Giant”, showed extraordinary strength, resilience and a wonderfully positive spirit and attitude in the intervening years since “Murphy’s Place” closed its doors. He achieved much success in his musical career and his presence in our community is far reaching. He was a true City of Toledo legend and we honor him for his passion, talent, and dedication.

To send flowers to the family or plant a tree in memory of Clifford T. Murphy, please visit our Heartfelt Sympathies Store.

Receive notifications about information and event scheduling for Clifford

We encourage you to share your most beloved memories of Clifford here, so that the family and other loved ones can always see it. You can upload cherished photographs, or share your favorite stories, and can even comment on those shared by others.

Posted Dec 05, 2019 at 09:32am
May your heart find comfort knowing that your love one is at home with the Lord
Love Gwendolyn E.March Jones & Family
Comment Share
Share via:
A

So many wonderful memories of the music in Murphy's. Such a sad loss to your family and the Toledo community. May God bring comfort. My sincere condolences
J

Posted Dec 04, 2019 at 11:53pm
RIP Cliff. I’ll never forget you lugging your bass down the aisle of the BGSU main auditorium in 1974 to play for my play The Good Ship Credit! You were late but ALWAYS ‘on time ‘! See you on the other side! Dr.John Scott/Maumee
Comment Share
Share via:
J

Posted Nov 29, 2019 at 10:01pm
My Condolences to the Family. Such a Significant Loss to The Community. Gods Speed during this Difficult time.
Comment Share
Share via:
F

Posted Nov 29, 2019 at 08:52pm
Sorry to heat about the loss of such a great legend. May god keep you during such a sad occasion
Comment Share
Share via: 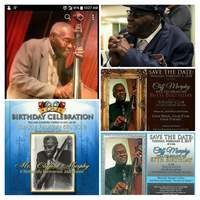 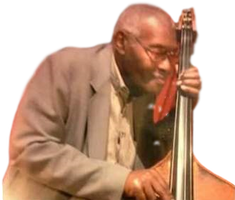 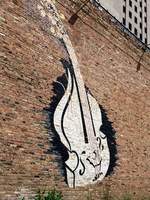