To share your memory on the wall of Lorine Saunders, sign in using one of the following options:

She moved to Massachusetts in her early twenties when she became the hired "HELP" from cleaning homes to caring for their children.

Lorine then made the transition to follow her sister to Michigan to care for her, who later passed. She and her sister, Bessie, moved their location to Toledo, where they became waitresses in the late 60's. Toledo afforded her the opportunity to explore various areas of employment.

She worked as a dietary aide for 16 and a half years. I'm sure her wittiness, sharpness of her feet and beautiful smile kept Johnny chasing her while she was "living her best life". Her sense of humor says it all!

Lorine told John after 14 years of living together, he had to marry her or go. Her transformation when she received Christ as her personal savior under the pastorialship of Dad King Trinity Faith Tabernacle. John and Lorine Saunders became one in Holy Matrimony in 1975.

Because of her unfortunate inability to bare children, she found her niche. She was a foster care provider for 30 years. She opened her heart and her home to give of herself selfless "LOVE"! She was a mother to multiple families.

Lorine Saunders made the decision on November 13, 2013, to join Deliverance House of God under Pastor Donald Eugene Pressley, Sr., her nephew, to be a help in God's Kingdom. Compassionate and faithful, she was. She remained an Evangelist, Teacher, Preacher, and Chaplain for Prison Ministry for 12 years.

"I've lived a full life. I have no regrets"
Doing my Okie, Doki
Read Less

To send flowers to the family or plant a tree in memory of Lorine Pressley Saunders, please visit our Heartfelt Sympathies Store.

Receive notifications about information and event scheduling for Lorine

We encourage you to share your most beloved memories of Lorine here, so that the family and other loved ones can always see it. You can upload cherished photographs, or share your favorite stories, and can even comment on those shared by others. 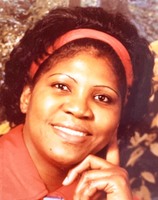 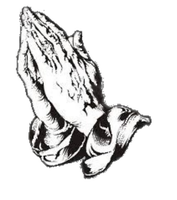