To share your memory on the wall of Millard Day, sign in using one of the following options:

Provide comfort for the family of Millard Day with a meaningful gesture of sympathy.

Mr. Millard Israel Day, Jr. was born April 30, 1928 in Toledo, Ohio to the union of Millard and Ruby Day. He is one of thirteen children. Mr. Day was born to deaf-mute parents and learned to sign from his youth. He desired to live out his days at home. He departed this life on Monday, July 22nd peacefully in his own home at the age of 91.

Mr. Day attended Glenwood Elementary and Swanton School District. He was employed at Mercy Hospital for 31 years as a supervisor of housekeeping and retired in 1985. He was an avid walker who loved to fish, hunt and travel. Mr. Day was widowed twice. Three sons were born to his first union to Forstean.

He became a member of The True Church of God of the Apostolic Faith in 1964 under the leadership of the late Eli B. Williams. His son, Bishop Daniel Day, became pastor of the Detroit Diocese church. Mr. Millard Day began to attend the Detroit church with his son. When his son was appointed presiding bishop of The True Churches of God, Mr. Day began to attend the headquarters church in Toledo, Ohio. Mr. Day has been a faithful church member and a great support and help to his son’s ministry. He has always expressed deep concern for all the members of the congregation and enquired of their wellbeing.

Mr. Day was preceded in death by both of his wives Forstean and Bertha, and his youngest son, Walter Conrad Day.

We encourage you to share your most beloved memories of Millard here, so that the family and other loved ones can always see it. You can upload cherished photographs, or share your favorite stories, and can even comment on those shared by others.

Posted Jul 29, 2019 at 12:51am
Our prayers and condolences go out to Bishop Day and family. May God grant you peace and comfort in this time of loss. You and your family are in our prayers. God Bless. 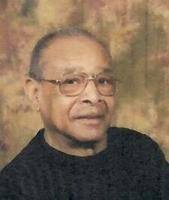 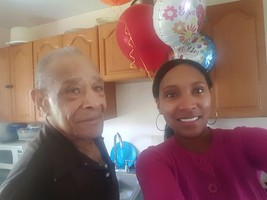